From Fanlore
(Redirected from Tuckerization)
Jump to: navigation, search 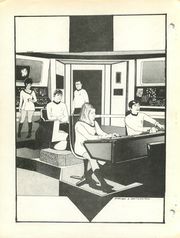 Paula Smith was portrayed as a character on the bridge of the Enterprise, from the back cover of Sehlat's Roar #4, artist is Mary Ann Emerson.

Tuckerizing is named for Bob "Wilson" Tucker, an early SF author who published professional mystery and sf novels in which he used the real names of fan friends for characters that, of course, bear no resemblance to the real person.

Reasons for Tuckerization might include amusing knowledgeable readers, amusing those Tuckerized, to raise money for charity (by selling a chance to appear as a fictional character in a story), and occasionally out of some degree of malice (by having the named character do something reprehensible), though there is a risk of legal problems in such cases. There may occasionally be other problems; for example, adventures for Games Workshop's Judge Dredd RPG often named game writers and other industry figures (including fanzine editors) as Judges or perps (criminals), or used their names for buildings etc.. On one occasion a name had to be changed after it was pointed out that it was also the name of a recently-deceased real-world Judge (related to the author whose name had been used) and might upset the family.

Writers who have Tuckerized fans as characters:

Notable fans who have been Tuckerized:

[Note: This page is a place to add Tuckerized fans who are already in the Fanlore wiki or should be; this is not intended as a way to "out" fans who appear in sff works under their real names if those names are not more broadly known.]