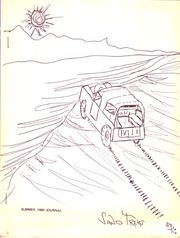 Sand Treks is the gen newsletter of The Little Enterprise. It was a William Shatner-focused zine.

A sister zine was The William Shatner Fanatic Bulletin.