You may be looking for Castle of Sand, a Beauty and the Beast zine. 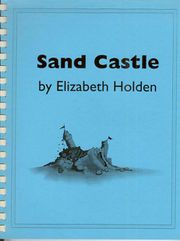 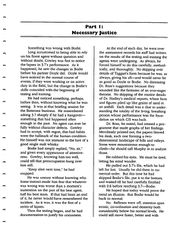 Sand Castle is a slash 100-page Professionals novel by Elizabeth Holden. It is made up of three parts, of the episode "Wild Justice", as seen from the points of view of Cowley, then Doyle and finally Bodie, around whom the episode of course revolves.

How Many Copies Were Printed?

There were 300 copies printed by Allamagoosa Press, which was considered a large print run. In 2013, the publisher said:

the first one that I did was Sand Castle, and was Pros and sort of in the heyday of Pros, and that one, I think I sold at least 300 copies of that. The initial print run was 100, and then I printed another 100, and then like another 25 at a time. And that was a novel; it was quite a good one, I think, by a popular writer. So that, I'm sure that helped... I think it was the right story at the right time. [1]

To borrow a phrase from Professor Tolkien, this tale grew in the telling. First, Elizabeth sent me the second part of this novel, which was intended at that time to stand alone. Then she sent me its mirror image, the events (and a much different story) as seen through Bodie's eyes. Finally, I suggested she write Cowley's version, which eventually became the first part.

The result is the story of the Professionals episode "Wild Justice," but it is much more than that, it is an answer to many of the questions the episode leaves open, and a remarkable piece of work that builds upon the episode to provide a whole that is greater than the sum of its parts.

I am grateful to Elizabeth for giving Allamagoosa Press the opportunity to publish this novel, and I hope that you enjoy it as much as I do. -- Beth

The story is set around 'Wild Justice", one of my favourite episodes, but I'm afraid I found the story very tedious. It has three chapters and the episode is seen through the eyes of first Cowley, then Doyle, then Bodie. Unfortunately, it seems to be very repetitive with what seemed like the same chunks of the episode quoted in all three sections, and all three viewpoints being very similar The slash element is very minor, a sort of happy ending for B&D, so I can't complain there. If it had been the only zine I had got, perhaps I would have appreciated it more enthusiastically and perhaps, with a second reading, I will enjoy it better. It is not a bad story and it has a 'happy' ending which raises it above many other stories I have read but it is unlikely to be one whose name I will remember a couple of years from now. [2]

It's not an AU how-they-met story! An expansion of the episode "Wild Justice." The story is divided into three sections, and has Cowley, Doyle and Bodie relating their version of the events. I did enjoy this story. Some maybe be bored by triple telling of the story, but I found it fascinating. [3]

I enjoyed this thoroughly, although I was a bit taken aback that it wasn't in fact a novel in the truest sense. I do like Elizabeth Holden's writing, and her thoughts on how things might have been... [4]