Rebels and Fools, or R&F, is a once-yearly Blake's 7 digital anthology fanzine published by Jaelijn. The first issue was published in August 2017. The zine is largely created by Tumblr users, who use a blog of the same name to collaborate.

As of 2018, there is also an eponymous Discord channel for zine announcements and collaboration as well as for generally chatting about Blake's 7. Since its creation, the Discord channel has been advertised in every issue of Rebels and Fools.

There are currently four issues as of August 2020. A fifth issue is planned.[1]

The zine is provided as a pdf download. Some of the content is also archived in an Archive of Our Own collection of the same name.

Rebels and Fools is open to all pairings and ratings. Contents below are Gen unless otherwise indicated. 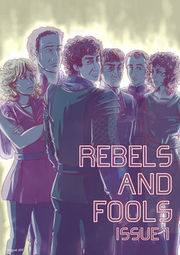 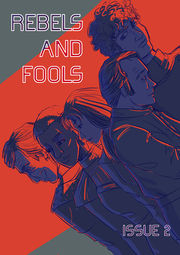 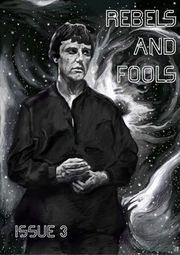 front cover of issue #3 by Jaelijn

Issue 3 is dedicated to the memory of Paul Darrow, actor of Kerr Avon, who died in June 2019. 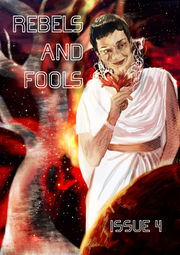 front cover of issue #4 by Jaelijn