Quastar is a gen Star Trek: TOS and multifandom anthology. 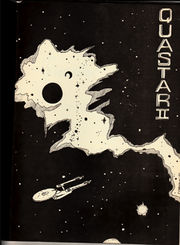 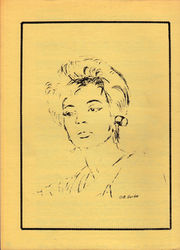 back cover of issue #2, Carol Gerke 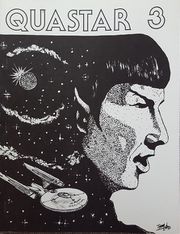 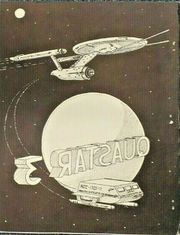 Quastar 3 was published in 1983 and contains 140 pages of fiction, art, poetry, humor, a trivia quiz, and two filksongs. The front cover is by Thom Franklin. 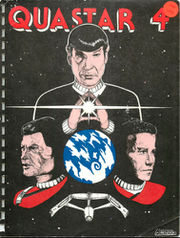 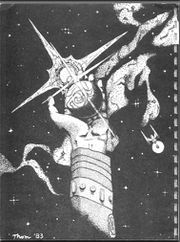 back cover of issue #4, Thom Franklin 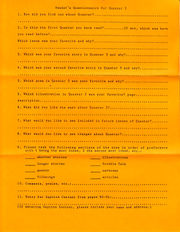 Quastar 5 was published in February 1986 and contains 159 pages. It has art by Thom Franklin, Mike McGann, and Larry Warner. 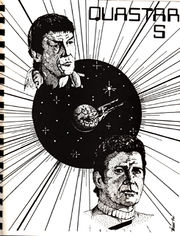 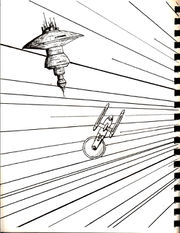 Boldly Writing offers the following description: "The publisher provided a mail-in form with each issue to make it easier for readers to send in their reactions to the fanzine. Two stories drew my attention, however. In one, a 15-year-old is in charge of a starship (not the Enterprise). In the second, we have another sort of Mary Sue, 'Commander Sara Hunter... former chief navigator of the Enterprise and now commander of the Eagle and a close friend of Admiral Kirk's'." 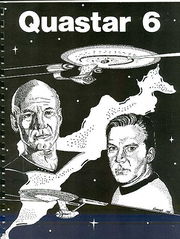