"Sweet Revenge" is the very last Starsky and Hutch episode. In it, Starsky is shot in the back, a victim of James Gunther. Starsky spends the majority of the episode in a coma while Hutch tracks down and arrests Gunther. The final scene of the show has Huggy Bear, Captain Dobey, and Hutch visiting Starsky in the hospital. There, Hutch climbs into bed with Starsky, and they share a somewhat inebriated meal.

A few months after the show had aired its last episode, fans were already starting to speculate if Starsky would be able to fully recover from the assassination attempt and what his future would be. "Let's fantasize everyone, what did he do? Does he take a desk job? Does he quite the force? Does Hutch quit the force to be with him? What do you think?" [1]

And indeed, over thirty years later, Post-Sweet Revenge fanworks are the most prevalent in this fandom, mostly due to the what-if factor and all its intriguing possibilities.

The angst-level of these topics lends itself well to much hurt/comfort with Hutch worrying, caring, and doing a lot of hands-on rehabilitative things.

All of these topics, of course, are used by fans in slash settings, either as a vehicle for first time fics or in the realm of established relationship stories.

Examples of Some Post-Sweet Revenge Fiction

Examples of Some Post-Sweet Revenge Vids

Examples of Some Post-Sweet Revenge Art 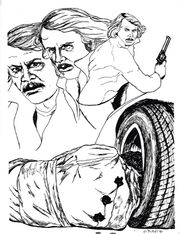 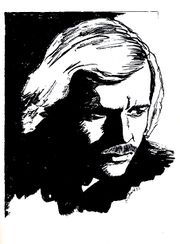