Poe Dameron/Finn/Rey is a poly relationship between the three new protagonists of Star Wars: The Force Awakens. The ship appeared in fandom immediately after opening night.[2]

Not to be confused with Poe Dameron/Finn works where Rey is present but not directly part of the relationship or gen works involving the three. 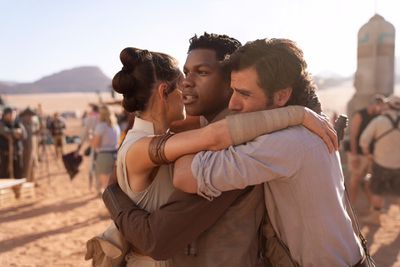 Info on fandom after TLJ and TROS

Early fanworks depict the relationship as extremely sweet and supportive with sad backstories for both Finn and Rey, strongly in line with canon characterizations.