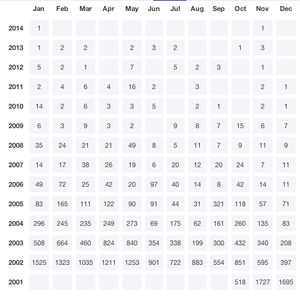 ClarkLex was founded by Liviapenn on October 24, 2001, in reaction to an earlier Smallville based slash-centric mailing list that defined slash as all non-canonical pairings and discouraged the use of graphic language and material. Liviapenn opened ClarkLex using the more standard slash definition of all m/m or f/f relationships and without such restrictions on adult content. Soon after, Liviapenn added ClarkLexFic for fiction-only.

ClarkLex's original format was based off of the format of Prospect-L and allowed both discussion and fiction. As the list grew, however, this became impractical and the list format was limited to discussion and story announcements only sometime in early 2001.

The list maintained strict topical policies with fans being removed from the list for posting too much about fanzines or other topics considered "off topic" by the moderator. This has not always been the case as earlier FAQs allowed members a wide range of topics.[1]

Siobhan was the most recent moderator of ClarkLex. Danceswithgary has also been a moderator. The status of the current moderator is unknown.