From Fanlore
(Redirected from Calvin & Hobbes)
Jump to: navigation, search

hradzka writes in 2009 of Calvin and Hobbes's popularity as a Yuletide fandom:

Calvin & Hobbes fanfic does *really* well every year. Especially Calvin & Hobbes futurefic. I see this trend lasting for a while, because Calvin & Hobbes is *incredibly* well-suited for Yuletide popularity, for the simple reason that there is no active writing fandom for it but there is not a single person on the planet who does not love Calvin and Hobbes. This means that every Yuletide you will have an audience of people who love the fandom and loved last year's big C&H story, so if you write a really good C&H story your story may well achieve Yuletide-wide prominence.

The only thing holding Calvin & Hobbes back, IMHO, is that there's not much of anyplace for the fandom to go. There's a reason why Calvin & Hobbes isn't a year-round fandom: fandom loves probing borders, and Watterson's genius is such that Calvin & Hobbes's borders are incredibly clear-cut and defined, and when you go outside them the results tend to be kind of final. "Every Day is a Reminder" and some other fics this year could be seen as rejoinders to last year's "The Sandwich Story." In "The Sandwich Story," Calvin grows up and doesn't see Hobbes any more. In "Every Day is a Reminder," Hobbes stays around as an animate creature even after Calvin grows up. Fandom loves writing the same stories over and over, but I'm not sure where Calvin & Hobbes fanfic can go from here. At most, it'll be a beloved Yuletide fixture.[2] 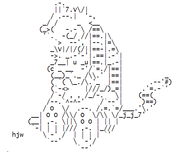