A Distant Shore (Beauty and the Beast zine)

A Distant Shore is a het Beauty and the Beast anthology.

It is a con zine for A Distant Shore. 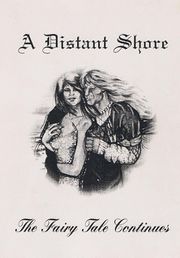 A Distant Shore 1 was published in 1995 and contains 208 pages. It was edited by Beth Druhan and is the official con zine for A Distant Shore. 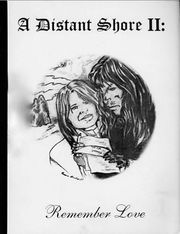 Welcome to "A Distant Shore II: Remember Love," the Year 2000 Beauty and the Beast Convention. The members of the Carousels and Caverns Community are thrilled to join with fans from far and near to celebrate a new century, a new millennium, and the beautiful themes, values, and creative forces that drew us all to a remarkable television series. In the ten years since the show ceased production, annual conventions have solidified as a gathering of kindred spirits, fostering many friendships and a sense of a shared community. To quote a line from the Winterfest ceremony "we are all part of one another." In this spirit, and in the spirit of the tunnel values of giving help to others, Beauty and the Beast conventions have an impressive tradition of raising funds for worthy causes. For "A Distant Shore II," the Carousels and Caverns Community chose the National Multiple Sclerosis Society, San Diego Chapter, as our designated charity.