TNA or Impact Wrestling started as NWA TNA, the public face of the National Wrestling Alliance. Jerry Jarrett created it as a vehicle for his son Jeff Jarrett, following the demise of World Championship Wrestling. The working relationship with the NWA ended in 2013. The company has gone through different owners for years.

For a company that has a history of awful TV ratings and getting kicked off of one network after another, they have had a surprisingly dedicated audience.[citation needed]

TNA has the distinction of its hatedom being bigger than its Fandom, with the company's history of management being the target.[1] 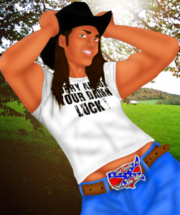