You may be looking for the Doctor Who newsletter The Timelord Times.

Time Lord Tales is a gen Doctor Who anthology. It was originally to be titled, "Galifree Gazette." 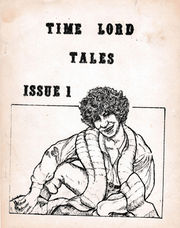 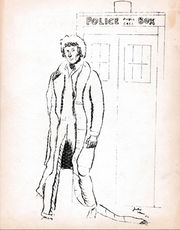 back cover of issue #1, Julie Cesari

Weil, it's been a year since this proposed zine was first mentioned and you hold the end result in ycur hands new. (for better or worse) I knew there are more Dr. Who fans out there it's just a matter of digging then out cf their TARDIS's. I've been searching for material and having very little luck in finding any. So if you have a story buzzing around in your head why not try your hand at putting it on paper and submitting it fcr issue two. I do plan on a second issue but it'll be a long time in coming if I don't get enough material right away. I have several poems and would like to get them illoed fcr the second issue. Art is another scarce quantity as seen in The Doctor and the Dragon later in this issue.

Art, stories, cartoons, etc. will be needed for issue two and the sooner I receive enough material the sooner I can get it out. So if you knew of anybody that can submit something why not drop them a line with my name and address.

I an hoping Time Lord Tales be primarily a Tom Baker characterization. Keep that in mind... when submitting material.

Time Lord Tales 2 was published in April 1984 and contains 52 pages. 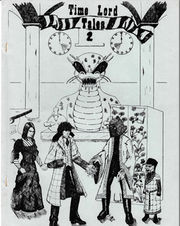 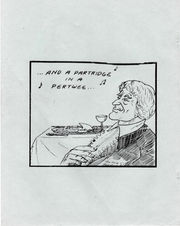 back cover of issue #2, Gennie Summers

This issue was originally scheduled for September [1983] and I had high hopes that it would be out by that time... as usual unforeseen circumstances came up and it is just being completed now. Stories are still as scarce as hen's teeth and that caused part of the delay... And the major and irreparable breakdown of my old trusty 15 year old mimeo machine delayed this issue even further. It has finally been replaced through the help of fans of Saurian Brandy Digest and I thank all those people dearly for their donations in securing another machine.