Okay, I'm not aware of any rules/procedures/opinions about images portraying explicit nudity and sexual acts, but this anthology might be a good place for some committee to decide what to do about it on the wiki. Me? I'm all for naked, naked, naked and the lotsa sex, and I hate the fig leaf post-it notes, but this set of zines might need some extra attention for those who don't feel the same way, as well as for the protection of minors. Perhaps put the gallery on a separate page with a warning? I'm going to forward this page to the Head Wikis. Mrs. Potato Head 20:14, 13 October 2009 (UTC)

Yeah, an image policy finally being posted somewhere would be nice. Personally I don't care about whether the images show genitals or sex, but I don't want to run into shockingly graphic violence or injury and the like unprepared. Also a policy for stuff like chan art and its problems b/c of the different rules places have legally about drawn sex with underage participants.--Ratcreature 20:34, 13 October 2009 (UTC)

This gallery is so huge that putting it on its own page wouldn't be a bad idea anyway. And again, sex, genitals? The more the merrier. But there should be something in place, that if nothing else, is a click of informed consent to view some of this. Speaking as a parent of a bunch of minors myself, Mrs. Potato Head 20:46, 13 October 2009 (UTC)

Why did you remove the sections? it is now harder to navigate the long page. Even if we split it in four subpages with 15 zines each or something like that, it would still be cumbersome without header.--RatCreature 18:12, 21 April 2010 (UTC)

I took them out because I thought they looked bad (two lines of the title in a row), but didn't think about the sortable factor. I guess I'll put them back in. Right now, I'm pretty much hating this title for all the work its been. Feeling cranky, MPH.--Mrs. Potato Head 18:23, 21 April 2010 (UTC)

I'm concerned the average user may not know what "subpages" are and not look/be confused as to where the other issues are. Is there a way to make it more obvious? --Mrs. Potato Head 19:57, 21 April 2010 (UTC)

I don't think the current scheme is practical, in particular 51-63 makes no sense. All others are for ten zines. And what when 64 comes out some time this year? This is still ongoing as I understand the article, yes? What should be done IMO is to put the most recent ones on the main page, where the latest are seen and can be added to, and the older ones all in equal intervals on the subpages, not one random one. I.e. make a new subpage for 1-10 as well, make 51-60 not the arbitrary 63, and have 61-63 on the main page where 64 and further zines can be added as it is needed without naming problems, and if this series reaces 71, 61-70 would go on a new ten interval subpage.--RatCreature 07:19, 22 April 2010 (UTC)

ex is this is the correct way? 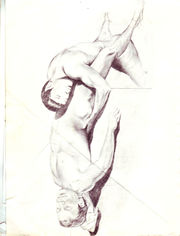 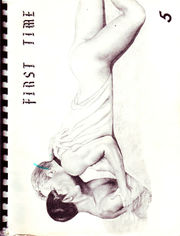 this should give us from left to right (like we read in the West): front, back, third edition. to achieve this look we type:

this may not be correct 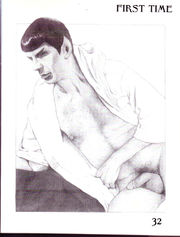 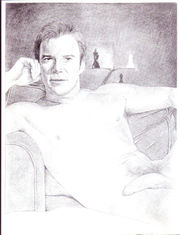 it gives us this order: back, front (again reading left to right)

Well, afaik the reason for this is that regular thumbnail pictures are formatted right aligned and then the text flows around them, and further images too. So the first image is put to the right, then the next image comes that is put stacked left of that and so on. I'm not sure what the question is.--RatCreature 21:28, 28 July 2010 (UTC)

The question is I think I've been doing it wrong because it's counter intuititve. When I list the order of how I want the covers to go, the display puts them the opposite, something I didn't know until today (logged in as MPH gives me a different display than if I'm looking at the page as a non-logged in user.) So, any page I entered with more than one cover in a section (example, front and back) is probably backwards) --Mrs. Potato Head 21:38, 28 July 2010 (UTC)

Well, I don't think you have necessarily been doing it "wrong". As you say, the display of images varies in dynamic layouts, and yours is the logical text order, and there is a limited amount of control one has with the way this wiki works with the skins you can choose and the different ways browser handle things (I remember discussing the My Mongoose ezine page a while back which appears very weird for me because it does some different floating formatting but it apparently works much better for others). Another problem of arranging them in reverse order to make them appear from left to right is that if you have a window/resolution/size arrangement that forces them on two lines, then the one that comes textually last, and thus would have been stacked leftmost in just one row, will be shifted downward first into the next line too. I think that for more than two images next to each other a gallery might be the better choice, because then text order and image order are the same without the floating and text flow issues.--RatCreature 21:48, 28 July 2010 (UTC)

I wouldn't say it's wrong to have the back cover left of the front cover. That's the view you have when you put a zine face down and when the two covers are one picture that covers the zine from back to front, it's easier to see the whole picture. --Doro 21:52, 28 July 2010 (UTC)

That's a good point. I think having the text of the images in reading order is simplest. I mean, not all display schemes handle images the same, and trying to "game" the display for one will look different in another anyway, and then the front cover may end up below the back cover when it was intended to be stacked to the left, so I think the content logic should come before formatting tweaks.--RatCreature 21:59, 28 July 2010 (UTC)
Good input! I am going to leave these edits to others and, as soon a MrsP is done with her image uploads, re-focus on what she asked me to do: linking the art to artist pages. So feel free to re-order.--Morgandawn 00:00, 29 July 2010 (UTC)

I moved the last three issues to the end upon speculation this series has ended. Can someone tweak the subpages so this is reflected? --Mrs. Potato Head 13:23, 15 March 2011 (UTC)

Is a disambiguation page needed for this fanzine and the "first time" genre? I think I am supposed to contact you all because both of the pages exist already. My mind kind of grayed out on the directions after that point. But, I am trainable. What should I do when? Bobdog54 (talk) 19:00, 5 August 2015 (UTC)