SocioTrek is a letterzine that examines the social aspects of Star Trek. It has five issues, all published in 1987.

From Boldly Writing: "Tess Kolney explained the purpose of Sociotrek as a 'forum for examining the social and sociological aspects of Star Trek.' Letters were interesting, and Tess included a lot of editorial comments as well. She hoped for Sociotrek to run indefinitely; unfortunately, only five issues came out."

In an ad in Datazine #45, the editor described the zine: "Ever work out the theories of life after death on Vulcan? Wonder atfout the position of women in Romulan society? Been sure you've figured out the impact of the Universal Translator on the uniqueness of minority cultures? Derived your own theories on how Star Fleet would be 100 years after the original series? Speculated upon the possibility of contradictions between IDIC and arranged marriages on Vulcan? Wondered about any possible relationship between the 1960's TV series Star Trek and the rise of Republican Conservatism among American youth in the early 1960's or the American anti-war movement of the mid 1960's. Then SocioTrek is your newsletter. It is exactly this type of thoughtful examination and debate that we hope to engender. We want to use Star Trek as a tool for the examination of our own lives and society and history and, conversely, to bring our own experiences to an examination of the Star Trek universe which has so moved and captivated us."

"The editor reserves the right to:

SocioTrek 1 was printed on a dot-matrix printer, was published in January 1987 and contains 8 pages. 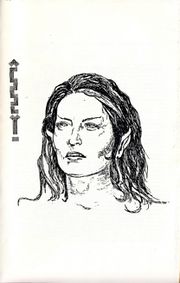 SocioTrek 2 was published in February 1987 and contains 10 pages. 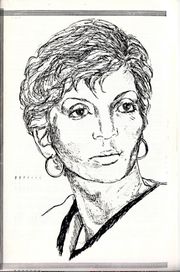 SocioTrek 3 was published around March, April, or May 1987 and contains 8 pages. 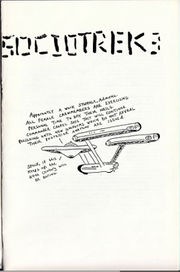 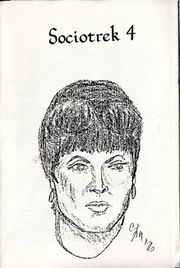 SocioTrek 5 was published in 1987 and contains 6 pages. The editor says she is slowly getting back on her monthly publishing schedule, but this was the last issue. 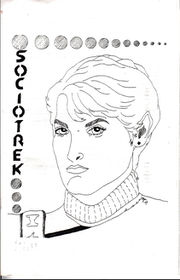