It was founded in late 2000 by otterlady and Linda S.. 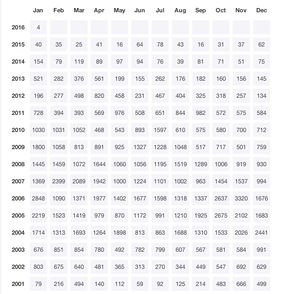 Me and Thee is a fanfiction/discussion site devoted to the 1975-1979 television series, Starsky & Hutch, which starred Paul Michael Glaser and David Soul. We welcome both gen and slash fiction and discussion of both. If you're not into reading about a physical relationship between two people of the same gender, you probably won't be happy here. We hope this will be a fun and educational list for all and a place for new authors to take flight. A copy of our rules is provided on subscription and is always available in our files section.

The mailing list currently has an "opt-in" approach to writing feedback - both via private mail or online:

Me and Thee welcomes authors of all skills--new writers, dabblers, and those with years of experience. We acknowledge and respect that some writers are more comfortable with critique than others, and many follow a 'less is more' philosophy. Still others would love to have every story dissected. Some writers want responses onlist; while others would rather have a root canal than go through that. In an attempt to keep the peace, we ask that readers check the posting template of each story before offering comment. The template will clearly indicate whether this writer is interested in your feedback or critique. For this list's purposes, 'feedback' is used to describe light commentary, while 'critique' encompasses the positive attributes along with the readers' observations of areas that might benefit from more work. Honest, well-developed critique is invaluable, and we highly recommend you offer it…but only where it's welcome. Please read the author's posting template and honor her request. Failure to do so is a big no-no. [1]

Some have claimed it was created as a response to the perception that fan readers were becoming too critical in their feedback and were discouraging writers of Starsky & Hutch fan fiction.

Whatever the reason, relationships were tense between the two lists for many years.

The list went through a series of moderators with one of the original moderators, otterlady stepping down in 2001 in favor of the current moderating group to deal with real life commitments. In 2003, she became dissatisfied with the moderation of the mailing list and left the list entirely after posting a public and angry farewell (see Fandom Exit).

This was also about the same time that an alternative, short-lived mailing list (The Starsky & Hutch Fandom Circle) began.

The list also experimented with running a online Slash Fan Fiction Award called the SlaSHies in 2006. The SlaSHies only ran for one year, with some list members supporting the event while others questioning the awards a mere "popularity contests."

List members are still active in selecting and voting for candidates for both the Paula Wilshe Award and the Torino Awards.