Harper Beat is a gen Dragonriders of Pern newsletter.

It contains much fiction and art and some news.

Harper Beat 11 was published in December 1983. The front cover is by K'lee.

"The Harper Beat at that time was around 30 pages. It was constructed of 8 sheets of Legal Size paper, hand typed (on a TYPE WRITER!) and stapled in the center. This format was used for many years." [1]

"By Issue #37, we were having a lot of production problems. We had grown to nearly 60 pages! This issue (cover by Robin Wood) was the last "digest" size Harper Beat ever printed. By then, the format of the content inside had grown to be pretty consistent with what you'd find in a Harper Beat today. The editor of the Harper Beat at that time did a lot of the cutting and pasting to put these 'zines together. We had entered the digital age and the individual sheets were created using Word Perfect and a daisy wheel printer. The pages where reduced and set onto Legal Size paper using the copy machine. It was February, 1989. We didn't know any better." [2]

"On April 1st, 1989 we went 8 1/2 by 11! Pam Spurlock did the cover. We had mixed reaction to the first issue. A lot of people had really grown to love the digest format. We could now go directly from printer to copier and production became a whole lot easier. Especially at 6 issues a year! ssue #38 was also the first issue with our new masthead, the familiar "fort" shape you see on all of our publications. You learn something new every day, eh?" [3] 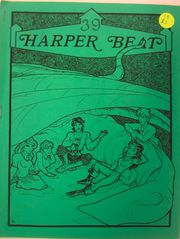 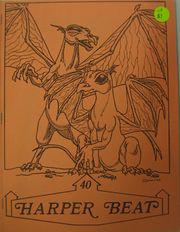 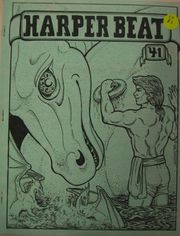 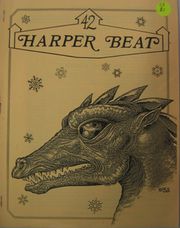 Harper Beat 42 was published in December 1989 and contains 74 pages. 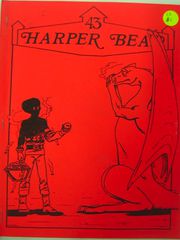 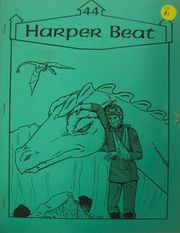 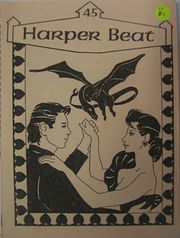 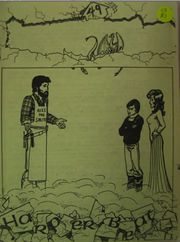 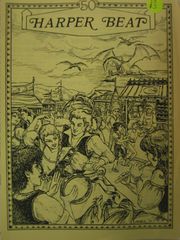 Harper Beat 50 has a front cover by April Lee and a back cover by Andi Bennett-Banks. It was published in Mar/April 1991.

Harper Beat 52 was published in August/September 1991. 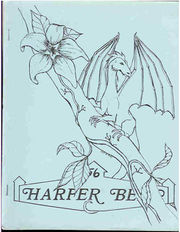 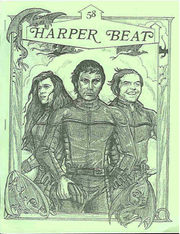 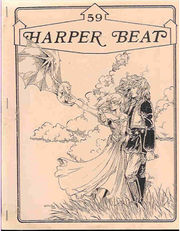 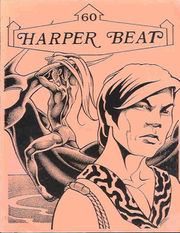 Harper Beat 73 was published in Winter 2004. The front cover is by Cassandra Riessen.