From Fanlore
(Redirected from Hailing Signal)
Jump to: navigation, search

In January 1968, its publisher, the Enterprise Star Trek Fan Club, merged with the Galaxy Starlight (a Lost in Space fan club) and became The Enterprise Science Fiction Club.

In June 1969, it was announced that The Enterprise Science Fiction Club was disbanding but this fanzine would continue in a different format and title. This new zine was titled Beyond Andromeda and was planned to be published in mid-summer 1969. The cost was 75 cents. It was to include ST and s-f articles, poetry, fiction, etc. 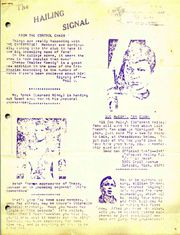 cover of an early 1968 issue, most likely January 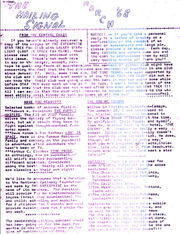 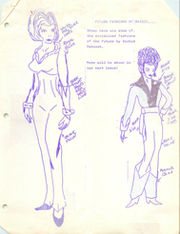 "Futura Fashions by Barbie" from the June 1968 issue, Barbie Marczak 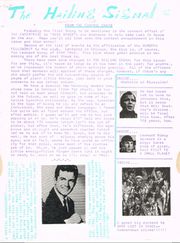 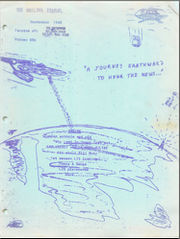 cover of the September 1968 issue

This was the last issue. It contains photo illos, news, and columns.