Gold Coast is a gen Miami Vice anthology published in Canada. There are five issues. 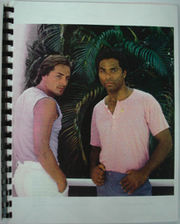 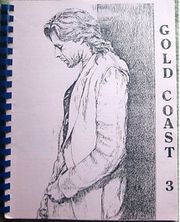 another version of the cover of issue #3

Gold Coast 3 was published in 1989 and contains 160 pages. The art is by Julie Madge and Connie Fryer.

An ad in Southern Enclave explains the publisher's varied methods of payment: "Payment for orders may be made by US check or bank or postal money order. Or cash, if you want to risk it. Loose US stamps, Canadian stamps, International Reply Coupons or cash with SAE please." 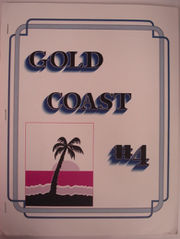 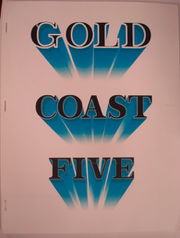