Four Aces Beat a Full House is a mostly gen Simon and Simon and Hardcastle and McCormick anthology.

Some issues, such as issue one, however, had two explicit het stories and it required an age statement to order.

NOTE: The numbering system is somewhat mysterious. It makes a lot more sense when you know that the entire contents of the series was printed as the table of contents in each zine.

Four Aces Beat a Full House 1 was published in November 1987 and contains about 104 pages.

In a May 1987 letterzine, the editor writes: "Four Aces Beat A Full House #1" is still on schedule for a late summer printing. (I don't know where the rumor started that it would be ready for MediaWest, but believe me, it was ONLY a rumor!) I am happy to add that Jean Kluge will be illustrating one of the stories—neato!!" [1] 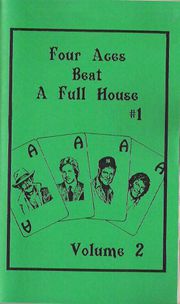 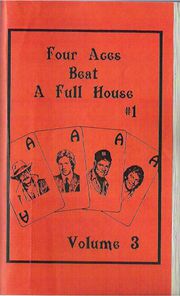 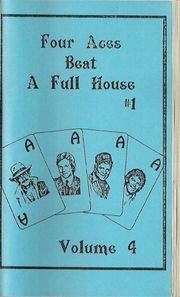 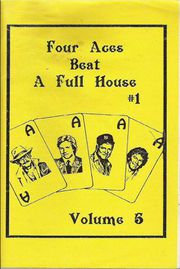 Four Aces Beat a Full House 5 was published in November 1987. It starts at page 390, unclear how long the zine is. 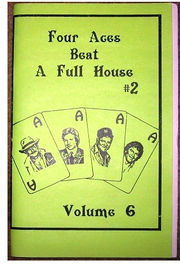