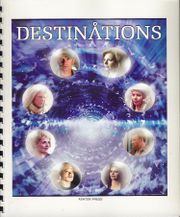 Destinations 1 was published in April 2004 and is 143 pages long. The color cover is by Cat's Meow Creative Arts. The interior artwork is by Sgtsiler, Wilma, Leah Rosenthal, and more. 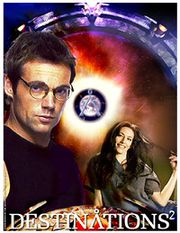 Destinations 2 was published in 2010. It is a ship zine containing novellas and one short story about Jack/Sara, Daniel/Sha'uri and Daniel/Vala.