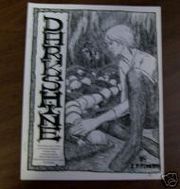 This collection was published in 1998 and consists of the previously published stories from Another Sky.

From Another Sky (where the first story, "Darkshine," appeared in 1991): "After the fall of the Empire, Luke and everybody around him must find out what it means to be Vader's son. Later in the series, he discovers more clones of himself that anyone would be expected to cope with."