Chekov Uncovered is a slash and het anthology of stories focusing on Chekov and edited by LRH Balzer.

From the zine: "This fanzine contains explicit, adult and/or same-sex material, and will not knowingly be sold to anyone under the age of 21. Age statements are required before ordering."

Chekov Uncovered 1 was published in October 1996 and contains 182 pages. The cover art is by Warren Oddsson. This zine does not have any interior illustrations. 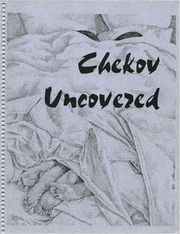 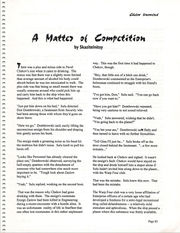 sample page from issue #1
From Skazitelnitsy, one of the authors:

This may be the first published volume of Chekov erotica (a dubious honor, perhaps). I also think "A Matter of Competition" many be the first Chulu story to see print.

Chekov and Sulu were often paired in K/S stories in a sort of "junior bridegroom" trope where their relationship was used to mirror or contrast the central K/S one, but this is the first example I know of where the story is entirely centered on developing a sexual relationship between the two characters. Of course, I could be wrong. [1]

See reactions and reviews for I Never. 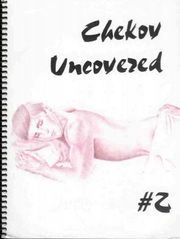