Both AttackonCons were free and open to the public, since they were held at the Austin Public Library. 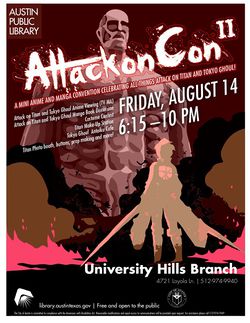 A promotional image for AttackonCon II.