For a list of other fanzines with this title, see Atavachron.

Atavachron is a gen Star Trek: anthology of stories written by Kate Lach. 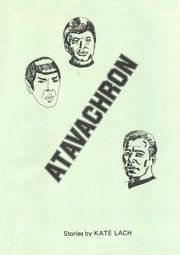 Atavachron 1 was published in April 1981 and contains 61 pages. Artwork by Julie Underwood. Its content was printed two years later in Tsaela Collected. 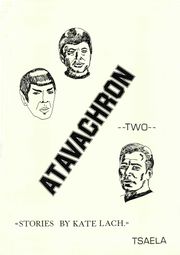 Atavachron 2 was published in December 1982 and contains 61 pages of fan fiction written by Kate Lach. The artwork is by Fiona Graves, and the cover is by Julie Underwood.