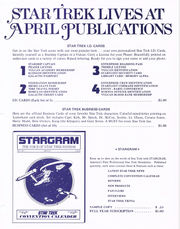 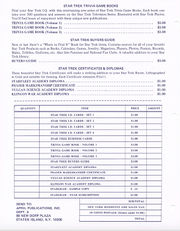 It may have also agented other zines such as Sensor Wobbles, TrexIndex, and The Corellian Smuggler's Guide, and others.

The press was owned and run by Al Schuster and John Townsley as one of their many for-profit endeavors. [1]