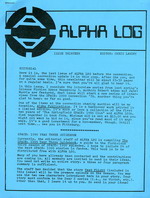 cover of an unknown issue

Alpha Log is a gen Space: 1999 newsletter. There are at least sixteen issues, many of which have been scanned here.

Alpha Log 6 was published in March/April 1978 and contains 14 pages. 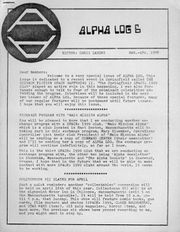 "Welcome to a very special issue of ALPHA LOG. This issue is dedicated to a recent event in Springfield called THE SCIENCE FICTION SPACE HAPPENING II. The Springfield Space: 1999 Club played an active role in this happening. I was fortunate enough to talk to four of the prominent celebrities attending the program. Interviews will be included in the next two issues of ALPHA LOG." 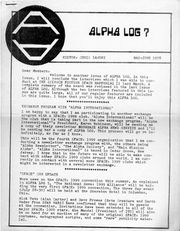 Alpha Log 8 was published in July/August 1978 and contains 13 pages. 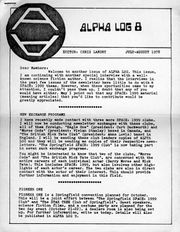 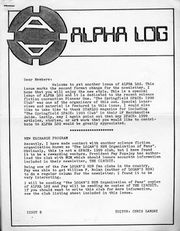 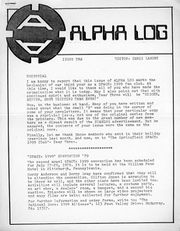 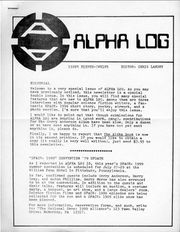 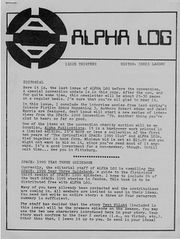 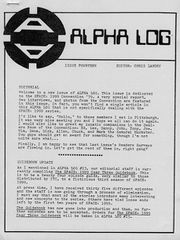 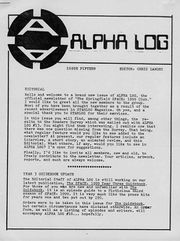 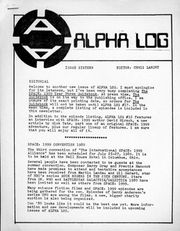