See Almost Human for more articles with this title.

Almost Human is an American science fiction police procedural television show that premiered on November 17, 2013. It starred Karl Urban as Detective John Kennex and Michael Ealy as Dorian, and Lili Taylor as Captain Sandra Maldonado. It was cancelled on April 29, 2014.

In the year 2048, with the evolution of science and technology - the crime rates have risen to 400%. To combat this, LAPD has made a new policy - for every police officer is to be paired up with a lifelike combat-model android. Detective John Kennex has a dislike for robot partners returns to the force after a year of medical leave. His captain and longtime friend/ally, Sandra Maldonado, pairs him up with Dorian, an android from an earlier production line who's capable of emotion.

Rounding out the other main characters are Detective Valerie Stahl, who is an Intelligence Analyst who is very interested in Kennex. Technician Rudy Lom is in charge of the hardware end of the android partnering system, he is very protective over android systems. Unlike the rest of the division, Detective Richard Paul isn't happy that Kennex returned to duty and does not trust him.

The fandom was small but growing through its first season. It was one of the larger Yuletide fandoms in 2013, with eight works written for it.

Fannish attention was focused on Dorian and John's relationship. Most fans preferred Dorian/John Kennex as slash though its gen equivalent is the second most popular relationship in the fandom according to AO3 numbers. The largest het pairing is John Kennex/Valerie Stahl, and the largest femslash pairing is Sandra Maldonado/Valerie Stahl. Crossover pairings involving other fandoms Karl Urban is a part of have also appeared, for example John Kennex/James T. Kirk and John Kennex/Richard B. Riddick. 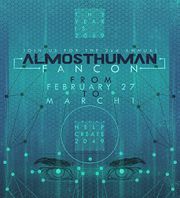 The Almost Human FanCon was a tumblrcon organized to celebrate and show support for the series when it was at risk of being cancelled.[2] The first con was held April 11–13 2014, while the seconds was held Feb 27-Mar 1 2015.

What the heck is this tumblrcon thing? It’s just a celebration of Almost Human, for the fans (old and new!), by the fans. Well it’s not actually taking place all on tumblr, but it is entirely online, so everyone can participate. We are having tons of live events happening this weekend, APRIL 11-13, in addition to the fan-generated content being posted to tumblr (use/track #AHFanCon, #Almost Human, and #almosthumanlives!), come out and join the fun!

The schedule of live events has now been posted. Check it out. Note that some times MAY change.

Many people cited Fox airing the episodes out of order as a contributing factor to its demise, similarly to what happened to Firefly. The shuffling of the episodes not only introduced continuity problems but also turned John's and Dorian's character arcs and relationship development into a jumbled mess which ruined the central conflict of the show.

The network was apparently disappointed in the weekly numbers but Almost Human scored at least as well as other of their renewed shows despite (to name just a few):

b) episodes aired out of order, which impacted upon character development and story continuity,

c) competition from two powerhouses in the same time-slot: the last season of the immensely popular How I Met Your Mother and The Voice,

d) TWO three week hiatus periods during the course of the short 13 episode run which also, worked against viewer retention and

e) airing against the Olympics (virtually all other networks aired reruns).

Despite all of this, Almost Human held its share of ratings and, by the season finale, viewership was beginning to grow back toward the pilot numbers. - ahfancon 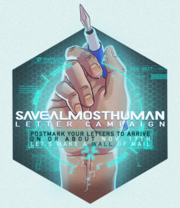 By the end of the first season, it became apparent that the show would not be renewed. Fox's decision to cancel the show after only one season with decent ratings sparked outrage among fans, and numerous petitions to save the show were started. (Here, here, and here, for example.) The largest petition received news coverage on sites like The Huffington Post and Comics Beat. Besides online petitions, ahfancon also organized a letter campaign directly addressed to various WB executives.

Like Firefly fans, a fan of Almost Human has decided to write a virtual season for the show. Almost Human TVS [2]. Coming Soon!