Activate! is the newsletter for The Robert Picardo Fan Club. It was published four times a year. 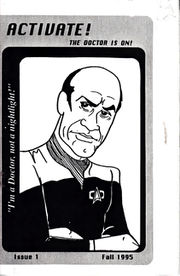 cover of the first issue 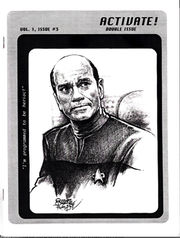 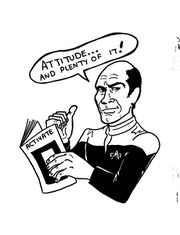 Welcome to ACTIVATE! #3—a special edition! Because of our first piece of fan-fiction, "Matchmaker" and the amount of material we've amassed for this issue, we've gone with a larger format. Whether we stay with it or go back to the digest sized newsletter will depend on how you like it and the amount of contributions we receive for publication. I must take a moment to thank ALL of you for being so patient. This is very late, but I haven't had one complaint from anyone (not even those of you I talk to online.) Contrary to the popular "Get a life!" stereotype of Trekkers, I've found most of us have totally full lives AND add Star Trek on top of everything else we do! 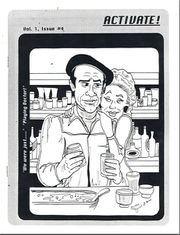 front cover of issue v.1 n.4 by Janet D'Airo, this issue doesn't have a back cover 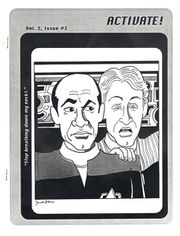 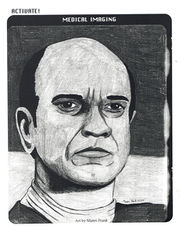