You may be looking for Worth the Wound, a 2004 Sherlock Holmes slash anthology based on the books.

Worth the Wound is a 2016 slash Sherlock Holmes Ritchieverse fiction anthology. 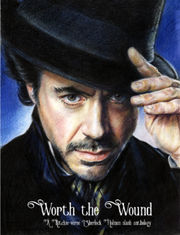 The stories in this delightful collection are based on the Ritchieverse, with the great detective, Sherlock Holmes, being portrayed by Robert Downey Jr and Jude Law as Dr John Watson, his sidekick. These stories were all written for a closed community on LJ and have been edited. They are not available online in edited form at all so buying this fanzine is the only place you'll get to read these great stories.

You won't regret it - there's plenty of love, romance, action, adventure, angst and h/c for everyone. 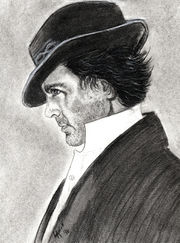