Hey y'all, I'm Coyote! I love drawing fanart, reading fic, and on the rare occasion, actually writing myself :x

I tend towards anime fandoms, but I can be swayed towards most media with pretty art and shippable characters up my alley :3c (Actually I got into a lot of my fandoms either because I saw a ship or I just saw a character that was so,,, me,,,, )

I also really like the ship war challenge setup and hope to help document its history here on Fanlore! (So far I am missing a Ship War Challenge page and a Trekstock [1] page! The latter of which I was really excited to discover since it's the origin of all ship war challenges!)

I started out roleplaying on independently owned Warrior Cats forums and watching and creating fan-animations on youtube in 2009. By 2011, I'd moved to iScribble.net, a collaborative drawing/chat site, where I drew and roleplayed Hetalia and Homestuck. I also joined Fanfiction.net and began reading and writing fic. In 2012, I moved to Tumblr and attended multiple cons. In early 2013, I took part in the Homestuck Shipping World Cup, and later I became part of the Free! fandom and took part in many related events. I've been a participant of every iteration of the Sports Anime Shipping Olympics and SportsFest.

Lately, I've moved over to Dreamwidth and Pillowfort (though my Tumblr is (unfortunately) still in use.) 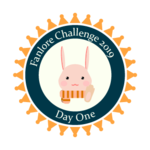 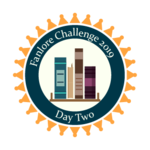 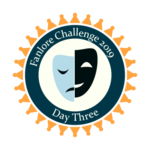 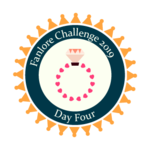 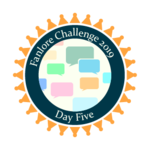 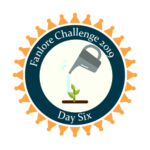