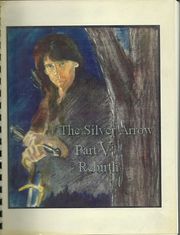 The Silver Arrow is a gen Robin of Sherwood anthology.

The Silver Arrow 3 was published in 1990 and contains 40 pages. It has fiction by Janet P. Reedman, D. Linn, Daisy and Lucy Leung, Julie Phipps, Laura Chevening. 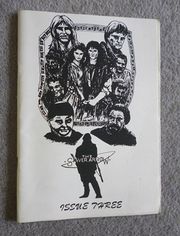 The Silver Arrow 4 was published in 1990 (possibly June). 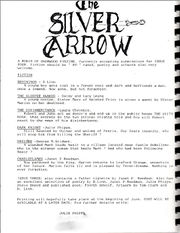 From Bill Hupe's catalog: "Includes not only all new ROS material, but also the 'Best of' of the first four issues (not available before in the United States). Material by Sneyd, Todd Dodge, Bath, Wtaers, Groom, Phipps, Moffat, O'gawa, Quinn, Reedman, Chevening, Bridger and a host of others. Includes a gorgeous full-color cover of Praed."