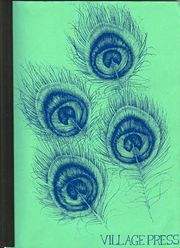 artist unknown. The feathers shine a beautiful turquoise when held to the light.

The Extremists is a slash Star Trek: TOS 107-page novel by Eva Stuart.

Peace with the Klingons has come at last! And how better to mark the new beginning than a joint exploratory mission? And who else to send but the pride of the Klingon and the glory of the Federation fleets, the Ahrax and of course the Enterprise. But where? Into danger and death? Perish the thought! How about some nice empty sector of the quadrant where no one can possibly get into any trouble… So begins perhaps the most perilous adventure of Post Captain James Kirk and Captain Spock’s joint career… Follow the fleets and their crews: a vibrant mix of personalities, Klingon and Human as they unravel the mysteries of the empty quadrant. Asla Arnscom and her partner Ka'atra Traven face dinosaurs and dance the conga; Lieutenant Owen Rhys is both baffled and entranced by Ellis Ahron, the most fabulous female on board, a fact which brings no joy to Owen - and what about Lt Keresh? Klingon ally or Klingon spy? Above all can Jim and Spock keep life and love from tearing them apart in their new roles? Can Kirk prevent interplanetary war and most importantly find out who is planning to sabotage the whole mission? THE EXTREMISTS, a tangled tale of life and love on a starship, rich in drama, adventure and humour...

Another blurb from the publisher:

The Enterprise goes out to face the first peace mission with the Klingons. She carries a vivid variety of characters and two Captains. Will Kirk and Spock learn to work together as Post Captain and Captain or will it destroy their relationship? Will the Klingons learn the Conga? Will Jim get eaten by a dinosaur?

From the zine's forward:

This novel was begun in November 1989 and completed before the first showing of Star Trek VI. Therefore, although book and film have many themes in common, the characters and reactions portrayed here are entirely different. Only the title devolves from the film.

The Extremists is set in my usual universe which follows on from the end of the third series and excludes the films. The story is self-contained, but inevitably there are some references to earlier adventures, particularly to 'Shield and Defender' (The Voice 5) which immediately precedes it. The Klingons are those of the series, detailed and developed in previous stories. The Klingon language stems from Maltese, which in turn derives from Arabic. The letter x is pronounced sh; gh is ch as in 'loch'. The music which has somehow woven itself into the story, was what I was listening to at the time.

Finally, as the Enterprise must have a very special crew, I have imagined some of the minor characters as descendants of outstanding (sometimes eccentric) figures of today.

This was a strangely unsatisfying novella for me. In attempting to discover why. I thought it might be that Asia's decision to forego the empathy was wrong for her or that I didn't believe Kirk would order Spock from the ship that way, but it wasn't just that they were behaving inconsistently from my image of them. I've concluded that I could have accepted their actions if they had been explained. Maybe it is me, but I don't know why they did what they did at the crucial points. There were too many blanks for me, like: When did Owen fall in love? We went from him letting Ellis into his circle to love in what appeared to be one fell swoop. As an action story, this is an excellent, well plotted story. The tension between the two captains is presented cleverly and realistically. I can see Kirk holding the inquiry without thinking that it's Spock's place to do so, but somewhere along the way, I lost something of the key motivation at pivotal points. [1]

Conceived and written before STVI, this novel tells the story of the first joint Federation-Klingon mission after peace is concluded between the respective governments. It is that rare miracle in K/S fiction, a "continuing relationship" story in the "real" Trek universe in which the K/S relationship is integrated into an authentic, original science fiction plot. It sets such a high standard that it could almost serve as a paradigm for other stories of this genre. Although similarities between the themes of this novel and STVI are coincidental, any K/S fan who was not satisfied with STVI owes herself an opportunity to read this far more substantive, realistic and satisfying work. The novel has an elegant overall structure or architectonic. The joint mission, and the tale of how Feds and Klingons learn to work together despite suspicion, differences and several brushes with disaster form the primary plot. The secondary plots concern Kirk's and Spock's relationship and the relationships of two other shipboard couples. The main plot is a single, unified story joined by a rather nifty and original science fiction concept to one of the secondary "relationship" plots. I won't spoil the reader's surprise by revealing it, but the idea, and the way it is worked into the plot, is unusually clever and satisfying. Satisfying, too, is the position of the K/S relationship in the story as a secondary plot. In my opinion, situating the two men in their proper habitat, the working world of the Enterprise, actually helps us to see their relationship more clearly and in greater dimension than a story that focuses only on Kirk and Spock. With effective understatement. the author succeeds in showing a mature relationship based solidly on affection, love and respect. Unusual for an Eva Stuart story, the novel contains a number of explicit sex scenes. Spare and realistic, these passages are refreshingly different from the typical K/S erotic encounter... [much of this review is omitted here]... I do not question that the author had an intellectual rationale for the coexistence of what I have identified as three different K/S dramas in this novel. I am simply saying that I found the relationship between them to be Procrustean at best, contradictory at worst. Regardless of how I felt about these issues, however, I still found this novel a remarkable work. The author set herself an extraordinarily challenging task, and the resulting novel challenges the reader. I strongly recommend it to all fans of serious, intelligent K/S fiction. [2]

This is a K/S novel. In addition to K/S, it deals with the trials and tribulations of two other couples composed of characters created by the author. The lesbian pair, AsIa and Ke'atra. will be familiar to fans of Eva Stuart's work. The most notable Asia and Ka'atra story is LIE DOWN WITH LOVE (Nome 11). THE EXTREMISTS picks up where that story left off, dealing with the conflicts in their relationship resulting from AsIa leaving Security to become an anthropologist.

Owen and EllIs are first introduced to us in this novel. and I found them to be the most interesting snd least predictable pert of THE EXTREMISTS. You see, Owen is a gay man, and Ellis belongs to a species that can change sex according to the sexual preference of their partners is reminiscent of the chieri in Marion Zimmer Bradley's Darkover novels, but Eva Stuart deals with the issues surrounding such a species in a much more complex fashion. Ellis's attraction toward Owen is problematic because Ellis prefers to be a woman and is registered as such with Starfleet. Their relationship brings into focus questions about gender and the nature of sexual preference to which there are no simple answers.

Although I enjoyed the K/S aspect and the framing narrative about the joint Federation/Klingon exploration mission, there seemed to be too much of the expected in these plot elements, and therefore very little suspense; Kirk and Spock conflicted over the usual things. There was a Prime Directive issue involving a newly discovered planetary system, and Kirk reacted as expected. Of course he jettisoned his orders in order to be true to his principles; he would not be Kirk if he did otherwise. Such a drama has been played out many times in Trek fan fiction. I suppose there are some fans who never tire of it.

I personally felt that the strength of THE EXTREMISTS was in the author's created characters. I would like to find out more about what happens between AsIa and Ka'stra, Owen and Ellis. Perhaps Eva Stuart will favor us with some more stories about the further adventures of these intriguing couples. [3]

I’ve long admired this writer’s work, so I was eager to read her only novel (at least, that I’m aware of.) Though slow to start, I think it delivers. Her style reminds me somewhat of Mary Renault’s, the pacing and the slightly one-step-back approach. There’s no overt sex scenes and Kirk and Spock’s relationship is of long standing. The story picks up about the time of ST6, though you can’t really correlate it, since in Stuart’s universe, there is no Gol or Genesis. The Federation and the Klingons are trying for peace and the Enterprise is sent on a routine survey with a Klingon ship. Much of the action is seen through the eyes of two other couples. You see Kirk and Spock through their eyes, though not in the way, I think, we’re all used to. All the other characters have full lives, and their commanding officers are men they admire, but are not the center of their universe. There are times that I begin to wish for more of Kirk and Spock, but I have to admit that the other characters become important to me. That says a lot, because that rarely happens. Usually, all I want to know is what happens to Kirk and Spock, how their relationship is progressing. In this story, I worry about the security team member turned scientist, and her female lover. I wonder about the navigator and the person he reluctantly becomes close to. Granted, I couldn’t take this style of writing all the time. It does come across as detached, almost clinical. But sometimes, I like to read Kirk and Spock this way. In a sense, they’re more true to life. Each loves the other, and neither can see a life without the other. But it’s a quiet love, one that has survived the test of time. There are still problems to overcome, but they work them out.

The story is obviously not for everyone, and it helps if you’ve read through the rest of her stories. It’s an acquired taste, but one I’m glad to have. [4]