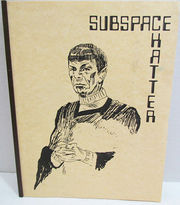 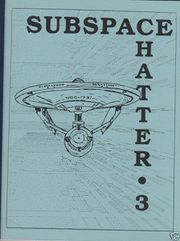 Subspace Chatter 3 was published in 1988 and contains 180 pages. Content is primarily Star Trek: TOS, Star Trek (movie) and Star Trek: TNG with some Blake's 7 and original SF thrown in. 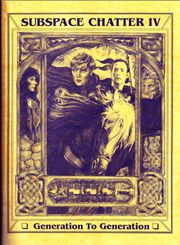 Subspace Chatter 4 It was published in 1989 and contains 189 pages. On the cover: "Generation to Generation," art by Jean Kluge. A variation of this art was used on the Henry Jenkins book, Textual Poachers.