Snake Plissken is the protagonist of the film Escape from New York and its sequel Escape from L.A. In both films, he is portrayed by Kurt Russell.

Shipping Snake Plissken with other characters seems to be uncommon in fandom.

Sometimes, Plissken is shipped with other characters played by Kurt Russell in same-actor crossovers and most of them are rarepairs. Examples are Snake/Jack Burton from Big Trouble in Little China (1986) [1] and Jack O'Neil from Stargate (1994). The latter pairing is also known under the portmanteau snack.

Snake/Reader is also very rare; [2] fan writer and blogger one-boring-person has written a few fics in the genre on request and published them on tumblr.[3] 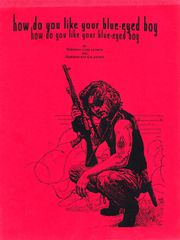