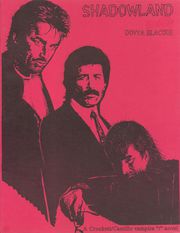 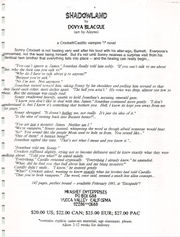 Summary from the publisher: "When we last saw Sonny Crockett he wanted to go "Someplace further south; somewhere the water's warm, the drinks are cold, and I don't know the name of the players." And that's all we know. Is Vince Terranova really dead? Frank McPike is shown a body believed to be Vince, but it is? In this novel, Vince has been through hell and Sonny has found redemption in South America. They band together with friends from their pasts in a desperate attempt to foil a larger dug and arms deal."

Another summary from the publisher: "Sonny Crockett is not having an easy time of it following his bout with his alter-ego, Burnett. Everyone's concerned, not the least being himself. But it's not until Sonny receives a surprise visit from his identical twin brother that everything falls into place - and the healing can really begin..."