Quisine is a Star Trek: The Next Generation digest-sized anthology edited by Annie Hamilton of the Australian based Q Appreciation Society."[1] There are four issues.

From a flyer for issue #4: "Why risk spontaneous combustion? Buy a Quisine today and minimize your chances of offending a capricious entity!"

Summaries below from The New Q Reviews: Biblio-Q

Quisine 1 contains 36 pages. It is digest-sized.

Quisine 2 contains was published in 1992 and contains 100 pages. It is digest-sized. 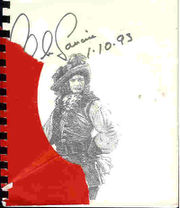 Quisine 3 contains over 100 pages and is full-sized. 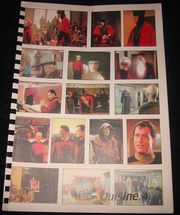 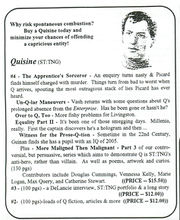