Marcy is a primary character in both the original Cabin Fever and its 2016 remake.

The canon provides little background information about Marcy, except that she attended college (a period which she apparently didn't enjoy[2]) with friends Jeff, Paul, Karen and Bert. She has been in a romantic/sexual relationship with Jeff for some time by the commencement of the Cabin Fever story. She has met his parents and it's implied she gets along well with them[3].

While superficially appearing quite shallow in the canon material, character studies within the fan community have found Marcy to be one of the most complex characters in the film. This complexity is often acknowledged, explored and developed in fan works.

Marcy was canonically implied to be extremely promiscuous and for many fans of Cabin Fever, this was her most memorable character trait. She has often been regarded as a shallow coed obsessed with sex. However, she has also shown herself to be especially selfless and kindhearted. When Karen fell deathly ill, Marcy was the most remorseful about exiling her from the cabin. Later, Marcy tried to help and comfort Karen, even though doing so placed her in enormous risk of contracting Karen's illness.

Her personality deviates significantly between the original Cabin Fever and the remake. In the original she shows a strong will and a feisty temprement towards adversity. In the remake she seems more prone to becoming depressed and resigning herself to unpleasant fates. Also her appearance in the original implies an upper-middle-class, fashion-concious woman with high-rolling ambitions, whereas in the remake, her heavily tattooed and pierced body implies a rebellious, 'rock & roll chick'-type.

The fandom tends to maintain her promiscuity as a central part of her character and a major factor in shaping her relationships. However, it also explores her character in many other ways by recounting her responses to various emotional trials. Mostly, she is shown to be a resilient, emotionally deep, clever, proud woman, who has a tendency to sometimes be overly controlling, and whose strong sexual appetites occasionally lead her to make regretable mistakes. 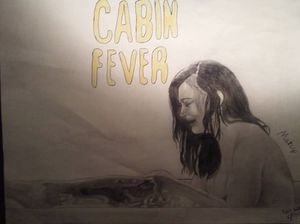 Marcy was not especially well-liked during the early days of Cabin Fever fandom. Many fans were vocally critical of what they saw as her shallow, self-absorbed nature, her indecent promiscuity (specificaly, the fact that she chose to seduce Paul in the middle of a life-and-death crisis), and what many percieved as careless and stupid behavior. Many fans disliked her because her seduction of Paul was seen to be leading him (a fan favorite) astray and thereby sullying the romantic subplot between him and his love interest, Karen.

Her gruesome "leg shaving scene" would become the most infamous scene of the entire franchise and many fans percieved her behavior throughout this scene to be confoundingly stupid. Supporters of Marcy have noted that her behavior by this point has nothing to do with a lack of intelligence and more to do with her state of extreme emotional distress, which under the circumstances, is understandable.

The fandom's attitude towards Marcy seems to have grown much more favorable in the years since the original movie's release. The subsequent years of discussion and fan exploration of the source material has brought to light subtle aspects of Marcy's portrayal in the film that indicates she is far more intelligent and strong of character than she initially appears.

Arguably, one of the major factors of her rise in popularity over the years is the oft-noted personable nature of actress Cerina Vincent and her willingness to answer Cabin Fever fans' questions at the various fan conventions she attends.