Log of the Starship Enterprise is a gen Star Trek: TOS anthology by Sylvia Stanczyk. On the title page inside of each issue: "The Tholian Web."

NOTE: many sources are incorrect and list "The Tholian Web" and "Log of the Starship Enterprise" as two separate zines. They are not.

This zine is sent out by low-flying turtle. If you order an issue, and it takes less than 4 months to get to you, that's fast. [1] 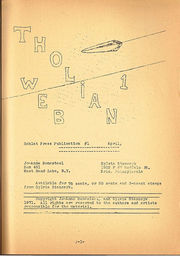 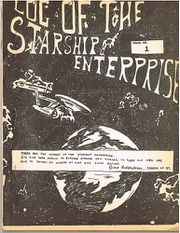 cover of issue #1
From the zine:

You ask what is it....(so do we)! Our zine will soon be a classic...a classic what you ask... a classic flop if we can't encourage Star Trek fanatics like you to purchase our zine. For... 75 cents you can become the proud owner of this sterling silver zine.

Not only does it contain genuine Star Trek stories which are guaranteed to delight any Star Trek fan but it also provides reading enjoyment for your dog or cat. Or if you feel you don't like it you can use it as a fly swatter, wrapping paper, or give it to your favorite enemy as a gift. Contents: Star Trek stories, jokes, artwork ...you

name it and we probably have it. So why not help us by purchasing a copy of issue one at only 75 cents per copy.

Log of the Starship Enterprise 2 was published in July 1971 and contains 51 pages. The front cover is by Sylvia Stanczyk. The interior illos by J.A. Bonesteel, C. Lee, Sylvia Stanczyk, and Paul Smith. 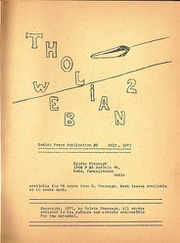 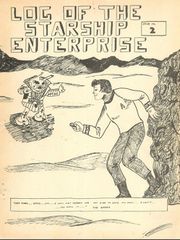 Log of the Starship Enterprise 3 was published in March 1972 and contains 93 pages. It consists of a single novel called The Daneswoman by Laura T. Basta (this was later published as Saurian Brandy Digest #6). It has no interior art. 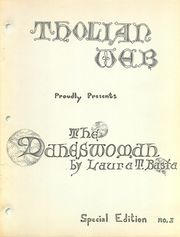 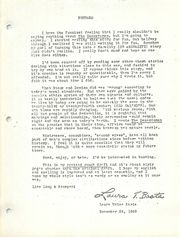 the forward from issue #3

From the August 1975 issue of The Halkan Council: a fan asks about a possible sequel to this novel. Paula Smith responds: "To all the people who have sent [S F] and me SASEs about Laura Basta's sequel to Daneswoman: at this point, there is a possibility of Bantam publishing the novel. Therefore, we cannot bring it out as a fanwork, NOW. If they decide against printing it, THEN we get to. However, things are still up in the air about it. Right now there is nothing definite." In the end, there turned out to be no pro novel, and Basta's story was instead reprinted as Saurian Brandy Digest #6 in 1976.

I have the funniest feeling that I really shouldn't be saying anything about The Daneswoman, but I'm going to anyway. I started writing this story for fun, but halfway through I realized I was still writing it for fun. Somehow my goal of turning this into a Morality (OR AMORALITY) story just didn't realize. I really don't mind and hope no one else does either.

I'd been spurred off by reading some other short stories dealing with situations close to this one, and decided to try my own hand at it. If anyone thinks this story, and it's premise is raunchy or questionable, then I'm sorry I offended. I'm not really quite sure why I wrote it, but felt it was about time I did. What Spock and Damion did was 'wrong' according to today's moral standards. But they were guided by the complex ethics system of their own planets and cultures. It is vastly improbable to believe that the moral codes we live by today are going to be exactly the same in the twenty-third or twenty-fourth century (OLD CALENDAR). Our own times are rapidly changing. With various races, with all the people of the Federation, it is doubtful that marriage and relationships, their ceremonies would remain rigid and the same as today's Earth. I wrote The Daneswoman on the premise that in their time, affairs would be acceptable and above board, when between two mature people. Mistresses, concubines, "second wives", have all been part of man's complex civilizations since before written history. I feel it is quite possible that they will remain so, though with a more acceptable status in future times. Read, enjoy, or hate. I'd be interested in knowing. This is my revised rough draft and it's about sixty pages shorter than the original draft. I hope my english end spelling is improved and at least passable, and I hope my whole style isn't as wordy or as smaltzy as it once was. 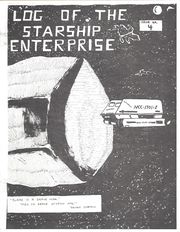 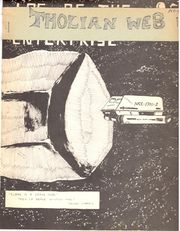 cover of issue #4, showing the banner stapled across the front

Log of the Starship Enterprise 4 was published in June 1972 and contains 55 pages. 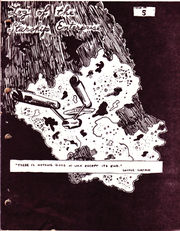 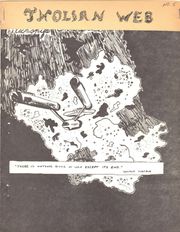 cover of issue #5, showing banner stapled across the front 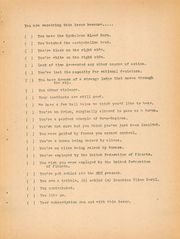 Log of the Starship Enterprise 6 was published in January 1972 and contains 99 pages. 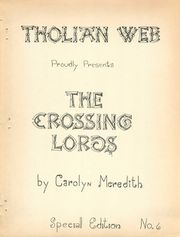 It is a single novel called, "The Crossing Lords" by Carolyn Meredith.

It was reprinted in Changeling #1.

This story was mentioned in Star Trek Lives!.

Log of the Starship Enterprise 7 was published in March 1973 and contains 52 pages. The front cover is by Sylvia Stanczyk. The interior art is by Steve Young, Pat Kienly, G.L., Carolyn Hillard, F, Adrienne Le Vine. 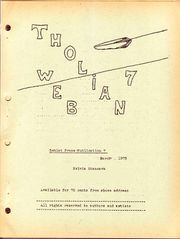 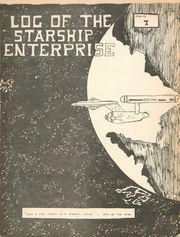 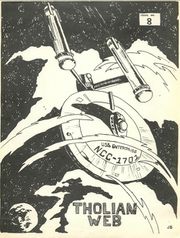 Log of the Starship Enterprise 8 was published in in July 1973 and contains 50 pages.

The story by Peggy Richter is an interesting one about two children of a race related to the Klingons who are rescued by the ENTERPRISE. The author has twisted McCoy's character almost unbearable out of shape to make the plot move along more or less credibly. But, all in all, she does a good job. [2]