Jack's Son is a gen series of Little Daniel novels by LRH Balzer. 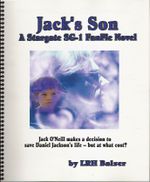 On the cover: "Jack O'Neill makes a decision to save Daniel Jackson's life--but at what cost?" 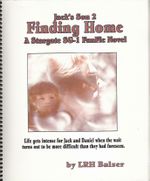 "Life gets intense for Jack and Daniel when the wait turns out to be more difficult than they had foreseen."

"[This novel] details the first five days following Jack and Daniel’s return to Earth after an alien machine malfunctions and causes Daniel’s body to be reformed as a five-year-old with all his adult memories and knowledge intact. While Jack and Daniel wait for Geb to contact them and for Daniel to be re-sized, all their carefully made plans are in jeopardy as everyone from Janet Fraiser to General Hammond to the President of the United States seems to have an idea where Daniel should live and what rights he has as a child, despite his adult awareness and his own wishes. Come read this intriguing novel that won't let you go until the very end!" [1] 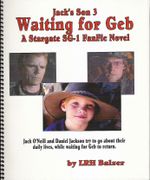 "Jack and Daniel cope with everyday life while waiting for Geb's return."

"This sequel novel picks up where the second one ends. "Waiting for Geb," by LRH Balzer, is filled with lighter stories that show Daniel Jackson's first few weeks as a five-year-old prior to Geb's return, and explore the difficulty and humor of Daniel's adult mind in a five-year-old's body. Come enjoy these tales as Daniel and Jack work their way through two more weeks of Daniel being "shorter"." [2] 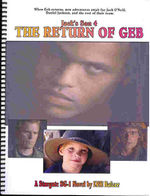 "When Geb returns, new adventures await for Jack, Daniel, and their team."

"The fourth novel begins shortly after the third novel ends. The Return of Geb, written by LRH Balzer, reunites all the characters of the first novel, completing the storylines of Geb and his host Kemsa, Nut and her host Banafrit, and their children, as well as Iasib-Thoth and Ra. Jack O'Neill faces his darkest hour as he must allow Daniel to make his own choice on where his future lies." [3] 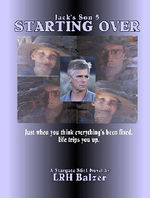 "Just when you think everything's been fixed, life trips you up."

"Life is hard when you're only 3 feet tall and five years old, when you used to be a 32-year-old, 5-foot-something anthropologist and active member of SG-1. It's even harder when that same anthropologist is staring you in the face, living the life you once lived, doing the things you once did. Adjustment is difficult for little Daniel (now known as Doug), but it's even harder for once-again father Jack O'Neill. Who knew a crotchey colonel and a tiny dynamo could make a family?" [4] 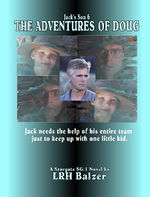 "Jack needs the help of his entire team just to keep up with one kid. Who knew Doug could be so ...inventive? And active? And everywhere at once? Even with SG-1 bolstering Jack, Doug still manages to run rings around him, and only time will tell who's going to crack first." [5] 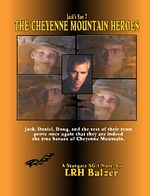 Jack's Son 7 is subtitled, "The Cheyenne Mountain Heroes." It was published in 2009 and contains 217 pages.

"Celebrating Halloween for the first time, five-year-old Doug (once 32-year-old Daniel Jackson) is learning all the ins and outs of the candy-gathering ritual known as Trick-or-Treating. See the world through his eyes as he gains a new friend and unknowingly helps an old one, while Jack O'Neill nearly ruptures something in trying to keep up with his 'son'." [6]

"Set in the week leading up to Thanksgiving, 1998, Jack, Doug and Daniel are planning to spend the holiday with Jack's parents in Chicago, but when Jack is injured during an alien incursion, it looks unclear whether they'll be able to save the world in time to catch their flight. Meanwhile, Doug gets a great idea and knows that if he can bring this off, Jack will be eternally grateful and Doug will have what he wants most: a family." [7] 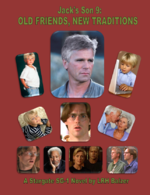 "In a count down to Christmas, 1998, Jack, Doug and Daniel track down old friends and start new traditions, while trying to continue the search for Sha're while the Stargate is closed for repairs. Jack is kept busy between keeping an eye on Doug, watching out for Daniel, and then there's always Catwoman..." [8] 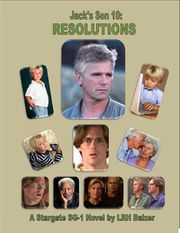 Jack's Son 10 was published in 2014. It is the final chapter. It has the subtitle: "Resolutions."

"Set during the first week of 1999, Doug is working on fulfilling each of his New Year's Resolutions, but life keeps tripping him with thoughts of job offers and what direction his academic career should head in. When you are five, this is all very important, especially when Batman and James Bond are involved." [9]