NOTE: There are two versions of this zine. Both have the same name, the same page count, and the same covers, but different contents.

See List of Star Trek TOS Zines Published While the Show Was Still On the Air. 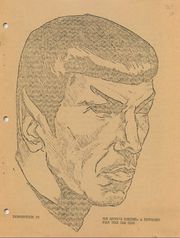