Imzadi is a gen Marina Sirtis Star Trek: TNG digest-sized newsletter. They run about 40 pages a piece and were published three times a year.

It was authorized by Marina Sirtis. 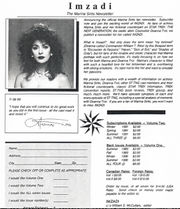 Announcing the official Marina Sirtis fan newsletter. Subscribe now and join the exciting world of IMZADI. As fans of actress Marina Sirtis and her fictional counterpart on STAR TREK: THE NEXT GENERATION, the exotic alien Counselor Deanna Troi, we publish a newsletter for her called IMZADI.

What is imzadi? Not only does the term mean "my beloved" (Deanna called Commander William T. Riker by this Betazed term in 'Encounter At Farpoint," "Haven," "Skin of Evil," and "Shades of Gray"), but for fans of the lovable and exotic character that Marina portrays with such perfection, its really focusing in on how we feel for both Marina and Deanna Troi. Marina's character is filled with such a heartfelt love for her fellowman and is overflowing with strong emotions. It's hard not to like her and want to emulate her passions.

We provide our readers with a wealth of information on actress Marina Sirtis, Deanna Troi, other ST:TNG cast members and their fictional counterparts, classic STAR TREK information. TREK convention reports. ST:TNG book reviews, TREK gossip, and much, much more. We'll have episode synopses of each and every episode of ST:TNG, including a special analysis of moments with Deanna Troi. If you are a fan of Marina Sirtis, you won't want to miss IMZADI. [1]

IMZADI is "the official and authorized newsletter for the fans of actress Marina Sirtis." A quarterly publication averaging 40 digest-sized pages, it is a very newsy,informative tribute to Diana Troi 's alter ego. There is also a lot of coverage of other TNG actors -- for example, it was news to me that Michael Dorn played a mustachioed cop on CHIPS for three years. There is also extensive episode summary and discussion, especially those in which Cmdr. Troi has a sizeable role. All in all, highly recom- mended -- and I'm not just saying that because the editor had nice things to say about TREKisM when he sent the complimentary copies of IMZADI; I would even have paid money for these if I had seen them on a dealer's table. [2]

January/February 1991 issue, this interview with Majel Barrett by Carol Davis appeared in it. 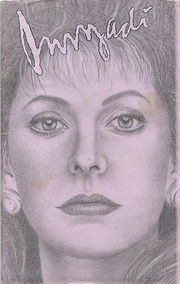 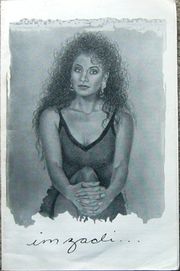 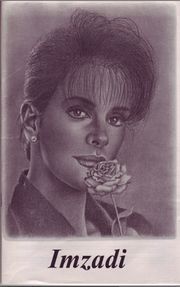