The FoDs are one of the original six factions in Forever Knight fandom. They consider themselves affliated with Det. Donald G. Schanke, the human detective who was Nick Knight's partner in the first two seasons. The faction name is usually taken to be an acronym of Friends of Don.[1] However, it should be noted that Schanke is somewhat overweight; and his interest in food is a running joke in canon. The name of the faction is therefore supposed to be pronounced "foods".

The FoDs had an e-mail group, FODERY, and a website, Fans of Don (archived).

The FoDs were formed around the time of the first Forever Knight War in January 1994. As indicated in early war posts, there was some hesitation at the time over what to call Schanke's fans. Other proposed names were Skankie-ites, Schankites, or Sluvakians (this last probably a misspelling of "Souvlakians", after Schanke's favourite food). However, Don Bassingthwaite, the only faction member playing in War 1, used the affiliation name "FoDs", which therefore became official.

According to McLisa (co-moderator of ForKNI-L), "My impression is that the FODs are defunct simply because they never were very numerous and all have now moved on to other fandoms. It's a pity."[2]

The FoDs participated in most of the Forever Knight Wars, but were never able to field the hordes of members that some of the larger factions achieved.

Starting in War Twelve, the faction ceased to be represented by players. However, members of other factions took pains to mention the FoDs in passing.

Nature of the FoDs

The faction character revolved largely around food and/or cooking, in one way or another.

She pointed to an envelope he held in his hand, which may have been virgin white at some time in the past, but was covered with a number of nameless spots and blotches. Nicola placed the rest back on the pile and examined the envelope more carefully, sniffing at the paper. "Coffee," he announced. "Ketchup and--" he winced, nearly dropping the envelope, "garlic!" 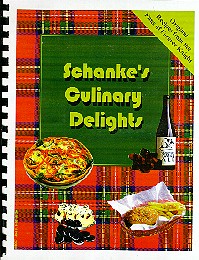 I recall -- many years ago now -- the FoDs organized a cookbook project with recipes compiled from members. John Kapelos even submitted a recipe for it (a risotto dish that is quite delicious and that I've made many times); everyone got a copy for a $20 donation to Covenant House, the FoD's chosen charity. I don't recall how much was raised for Covenant House but, as a result of that project, they are still one of the charities I donate to on a yearly basis. And I still have the cookbook. <g>
— Boomer, a member of the FoDs[4]

A symbol for the FoDs was created for the affiliation pins made by Susan Garrett and Calliope Monsoon. It consists of a stylized knife and fork in a circle, representing the food-related focus of the faction.

In 2012, Greer Watson created an icon for the Fods as part of her project to create a set of icons for all the Forever Knight factions. The design composits a screen capture of Schanke with pictures of a doughnut[5] and souvlaki,[6] upon a background of tiles similar to those that might be found in a kitchen. A small grouping of cutlery is positioned above the faction name to represent the faction symbol.