Engage! is a gen, mixed Trek fan club zine published in the UK.

Engage! 7 was published around August 1994 and contains 55 pages. (NOTE: while the content in this issue is accurate, this may be a different issue than #7. If someone has more information about how this issue, please move and edit.) 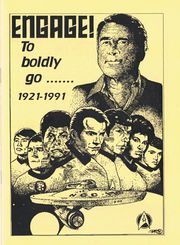 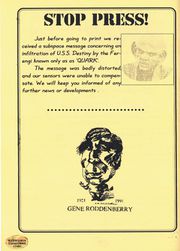 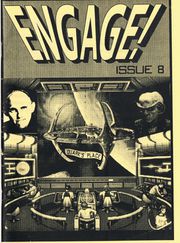