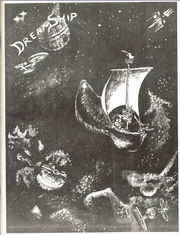 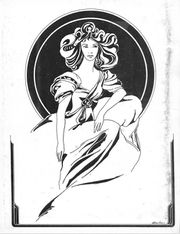 Dream Ship is a 96-page gen fanzine anthology published in 1980 by Ashley McConnell and Melinda Snodgrass. The editor-in-chief/publisher is listed as Kate Little Bird.

An ad in Universal Translator #18 says it is a "SW/ST zine with stories about Spock and his academy roommate; a theft of plans to the Death Star; and a look at the Klingon home world."

The zine does not have any page numbers.