The player begins the game by completing one of the six origin stories corresponding to the race and background of the character he or she created upon choosing a new game; the choices are Human Noble (for Human Warriors or Rogues), Magi (for Elven or Human Mages), Dalish Elf or City Elf (for Elven Warriors or Rogues), Dwarf Commoner or Dwarf Noble (for Dwarven Warrior or Rogue). The origin story determines the biography of the character and how NPCs react to the player for the rest of the game. For example, elves are often viewed as second class citizens by humans, while mages are treated with suspicion and fear, while the human noble is treated with respect.

There is no tracking of moral alignment as in previous BioWare games, but the moral choices of the player still affect the story throughout the game. The player accomplishes the goal regardless of choosing to be good or evil, but the decisions that the player makes in the process will change the game world accordingly – deciding who will become king, for example, and affecting nations and races and their places in the world. These decisions also influence the companion NPCs, possibly causing an NPC to leave the party or even attack the player if they disagree strongly with his or her actions.

One notable feature of Dragon Age:Origins is the ability to initiate and pursue romances with four of the companions (Alistair, Morrigan, Leliana and Zevran), as well as the opportunity to pursue shorter liaisons with various other NPCs.

The beginning of the game depends on which origin story the player has chosen, but in all cases they end up being forced to join the Grey Wardens, an order of warriors charged with defending the land of Ferelden (based loosely on medieval England) from evil demon-like beings called darkspawn.

Alistair
Alistair is a playful and compassionate Grey Warden and one of the companions in Dragon Age: Origins. He is a potential romance option for the female Warden. A popular character, Alistair often appears in fanworks. Generally he is shipped with the female playable character, however he can be put into a canonical marriage with one of the female NPCs.

Leliana
Leliana is a bard who can accompany the Warden through Dragon Age: Origins. She is a possible companion and romance option for either gender.

Morrigan
Morrigan is a witch who is called upon to leave her home to become a companion to the Warden. Morrigan is also a romance option for the male Warden

Oghren
Oghren is a dwarf from the House of Branka and was once a promising member of the Warrior Caste.

Sten
Sten is a Qunari who is wary of revealing his true name to members of the race his people twice attempted to conquer.

Shale
Shale is an ancient and mighty stone golem who comes from the DLC "The Stone Prisoner".

Wynne
Wynne is a Senior Enchanter of the Ferelden Circle of Magi and a powerful spirit healer.

Zevran
Zevran Arainai is a libidinous and amoral elven assassin. He is a possible companion and romance option for Wardens of either gender.

Dragon Age: Origins hosts a notable community of modders, of which use BioWare’s Software Development Kit (or SDK), whom are active fans of the game who pursue to create additional content for the game known as mods for other fans/players. This content can include armors, weapons, new interactive NPCs, quests and dungeons, texture and atmospheric reformats, dialog changes and cut scenes which add to the romantic content in the game between the player and his/her chosen romance. The modding community is only associated with PC users as the SDK used to create additional content is formatted for use on PC and not available on consoles. BioWare’s particular SDK for Dragon Age: Origins comes in the form of a toolset –the software used in the making of the game itself which does not come with the game disk but can be found here for use by the BioWare community. The toolset is the main source of editing used by modders.

Mods can be downloaded and installed using one of two actions:

Not all mods will be compatible with one another as mod conflicts can have a negative contribution to gameplay. All mods should be used at the player's own risk. There are no fees with the association of mod authors or mod downloaders besides the initial purchase of the game itself.

Examples of a few mods for use in-game:

The BioWare Social Network forums share a host of modding authors but the most prominent modding community within Dragon Age would be the Dragon Age Nexus community.

Dragon Age Nexus is part of the modding community known as Nexus Mods. 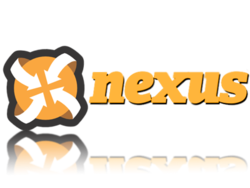 "The Nexus Sites are a large network of community driven websites that support the free and open sharing of video game mods and downloadable content in a welcoming environment. Our focus is on providing simple yet powerful tools that make sharing game mods a pain-free and enjoyable experience, so our users can get on with doing what they enjoy most; making, browsing and playing mods and their games."[1]

Within the Dragon Age Nexus site users can find a collection of user-created mods through the content posted by modders, detailed in the Files section. There is also a section where images of the mods running under the game engine can be seen under the Images category where mod downloaders can post images of their use of the mod to show their support of the author and promote the mod. The Wiki and Forums section provide information for users who request information either about the site or a certain mod. The majority of mods posted on Nexus can be easily and freely downloaded but files over 2 Mb require the user to create an account in order to access them, the same goes for posting a mod of any size to the Nexus site.

When a file is posted to the Nexus site a basic description can be read about the file along with download links to the files, images posted of the mod, tags and a video presentation (via YouTube or otherwise) can be viewed, all published by the author. As the file gains recognition, users of the Nexus site can promote the file in a few different ways. One way would be to Endorse the file where users can post their name in a list under Endorsements who use this as a signature of their name to advocate the file, representing their support for it. Another way is that users can post additional images of the mod under the mod's Images to show off the mod to the author and other users and its effectiveness in-game. A comment section (known as Posts) can be used as a means to discuss the mod and its pros and cons whether discussing its overall satisfying content or issues. The mod's discussion can also be taken into the forums through the file's Forum section. Other details such as the mod's version, unique and total downloads and total views can be seen when viewing a file. Images of a mod can also be endorsed for the rest of the community to see. The Nexus community uses these ways of promoting and discussing mods as means to interacting with fellow mod authors and fans of the authors and game.

Most fanfiction has a Player Character as protagonist, often pairing them with one of the romanceable companions.

Various nonnies on Fail Fandom Anon discuss how fanfic works in the fandom:

"I've always found bioware game fandoms to be very 'anything goes.' Personally, I love that there are the familiar NPC characters to attract you to the story as well as the opportunity to read about wonderfully engaging OCs. As long as you're not just transcribing the game you should be fine. There are preferred interpretations of protagonists, but those tend to be their own cliques and not fandom-wide preferences." [2]

"For DA:O people might write a female Tabris (city elf) or male noble (Cousland) but there is no canon true origin or personality. In DA2, you could write a diplomatic, sarcastic, warrior, mage, male, female, etc Hawke and no one should nit pick your characterization because we all play just a bit differently.

I really think it's one of the most satisfying fandoms out there at the moment. You can find anything, and any pairing combination you can think of." [3]

"To a large extent, anything goes. I would say that certain areas of DA2 fandom lean towards particular Hawkes (silly!Hawke seems the most popular, but diplomatic!Hawke holds their own in my corner of fandom), but it's not prescriptivist or anything. I suspect this is why DA2 fandom tends to get the lion's share of the fic, though, since Hawke has more of a set personality than the Warden, and therefore there's more...commonality? There's less chance of being thrown out of a fic by going, "But my PC wouldn't do that!" [4]

Dragon Age fanart is most prevalent within the website DeviantArt but is not necessarily excusive to it. Fan artwork represented in the Dragon Age community usually contains renditions of characters within both DA:O and DA2 but fan artwork also covers other aspects of the game such as the environment, enemies, the player (The Warden) and even romances and crossovers between the two games. Cosplay, comics and animated gifs are other forms of art which can be found within the Dragon Age gallery in DeviantArt.

On the Dragon Age official Facebook page admins can promote fan artwork and cosplay through weekly scheduled days committed to the fan’s work. Two examples of these notified days are “Morrigan Monday” and “Fan Friday.”

Both of these posted events can be viewed here

This article uses material from the The Dragon Age Wiki at Wikia and Dragon Age: Origins page at Wikipedia and is licensed under the Creative Commons Attribution-Share Alike License.