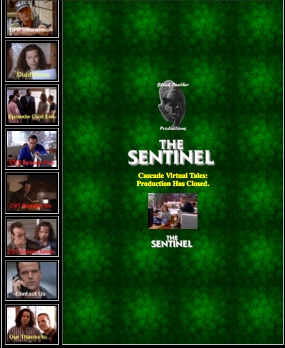 The Cascade Virtual Tales by Black Panther Productions is a gen fan fiction virtual season that picks up after the ending of the 3rd season where the aired version of the Sentinel ended.

Each season was divided into 'aired episodes' with authors posting their fan fiction and art according to a fictional broadcast schedule.

The show has six, the most of any other fandom.

Some include: no Mary Sues or crossovers, keep smarm to a minimum, main characters may not have any life-illnesses that take more than three weeks to recover from, and shows must have permission to use characters from fanon.