Alpha News Service is a gen Space: 1999 newsletter published by The Space:1999 Society.

It is unknown how many issues there were in total, but the zine shut down when the club folded in 1980.

Some issues are scanned in here.

At least one bulletin was published. It was meant to provide late-breaking news and information for fans between the main issues of "Alpha News Service." 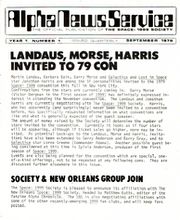 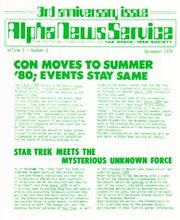 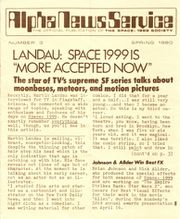