Wynter Tydes is a gen anthology. It has six issues.

From the editorial in issue #5:

The vast majority of fans that I've met are outgoing, friendly, intelligent, articulate, and have a 9/10 chance of wearing glasses (can't win them ALL). As a whole, fans tend to be more open to new ideas and experiences than mundanes, willing to suspend disbelief at the drop of a hat, enthusiastic about entering into other peoples' universes, expanding on them, or creating their own universes and throwing them open to others for input. Which is basically our purpose here -- to open up new universes by fans, for fans. Even though we started out as a 'media' zine for stories based on well-publicized universes, we've involved into this issue [#5] being nearly all original stuff. 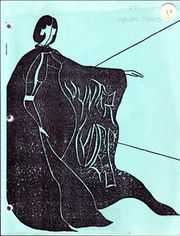 Wynter Tydes 1 was published in January 1983.

Wynter Tydes 2 was published in February 1983.

Wynter Tydes 5 was published in May 1983. It is primarily original fiction. 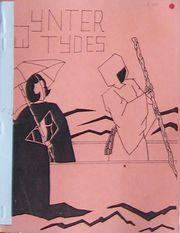 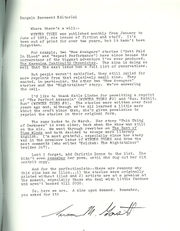 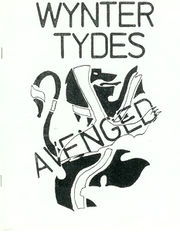 This zine was published in 1986 and contains 38 pages, xeroxed, no artwork. It is a reprinting of three stories from previous issues of 'Wynter Tydes.'