The Other Side (Stargate SG-1 zine) 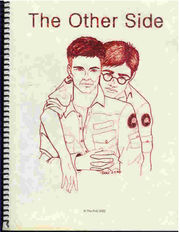 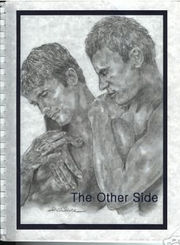 The Other Side is a slash Stargate: SG-1 anthology. A second issue was proposed but it is unclear if is was ever published.

Originally published in 2002 with 179 pages, it was agented and reprinted by Agent With Style in 2005 with 134 pages and a new cover. The interior content of both versions appears to be identical. Summaries below are from the publisher.