The Emma Series are slash Professionals stories by Fanny Adams.

It is a series on The 1985 Hatstand Express Top Ten Lists. 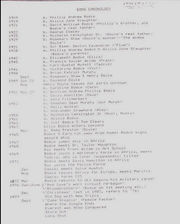 It didn't start out as a series per se. I wish I could remember the approximate date of each story so I could give you a clearer idea of what possessed me to take each step. Either way, I expect what you want to know is what made me create that extended family atmosphere for them, yes?

I've always been fascinated by the idea of an extended family, almost a tribe, really, but I didn't set out to consciously explore that idea in the Emma stories. It just growed that way. I think it's likely that one or both of these men would have fathered a child in their youth, but given Doyle's background, it's more likely that this would come back on him later in life. I also think that, given the sort of obsession this Bodie feels for this Doyle, it's likely that he would be attracted to Doyle's daughter. This made for an interesting bit of conflict.

I also feel that while a settled, happy family life is unlikely for men in their position, they are human enough to want something that approximates a family. So they build on what they have: the basic unit is two - B&D. Then there are the blood ties - Emma, Danny, Michael and Emma's other brats, Ray's mother, Bodie's sisters and their families. Because of some usual family circumstances, these ties tend to be stronger than normal, providing a nice family support group. Then there is CI5 which is an artificial family structure because it's the only family George Cowley has got, or is likely to have. Because B&D, and later Emma, all recognize this, George is drawn into their family structure. This gives B&D two linked families. Despite strong feelings that fan writers tend to romanticize B&D (these are not nice guys who just happen to kill people sometimes, these are the next best thing to hired killers). I do think domesticity is possible within certain parameters even for B&D, and I love exploring those parameters. I think that if they are capable of accepting what they are, and if the sex is good enough, the desire to make one safe place might be enough to drive them into a domestic arrangement. I don't see hearts and flowers, but I do see them as being capable of making a passable attempt at normalcy.[1]